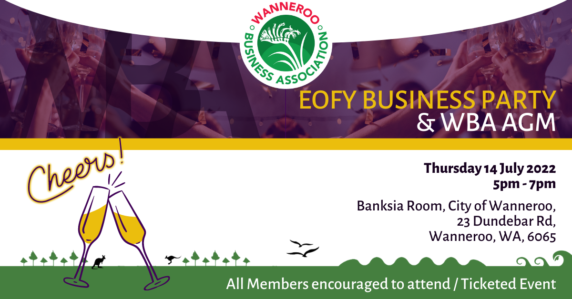 The current WBA Committee would like to formally thank all serving Committee of Management Members, including our outgoing President Nigel Santa Maria, who joined the WBA as Treasurer in 2018 before stepping in to the President role, and our outgoing Treasurer Mike Pilkington, who joined in 2019 as a Board Member, serving the last 2 years as Treasurer.  A thank you and acknowledgement is also extended to Dr Jalleh Sharafizad who is leaving the Committee after serving four years as a Board Member, and to Kati McKeon who is also at the end of a two year Board Member term.  Thank you for your dedication, contributions and support, we look forward to formally thanking you at the AGM.

An online  ‘Meet The Board Nominees’ Pitching & Q&A Session was held on 23 June, for members to learn more about the people nominating for the Committee of Management before casting vote at the AGM.  The session was recorded and can be viewed here: