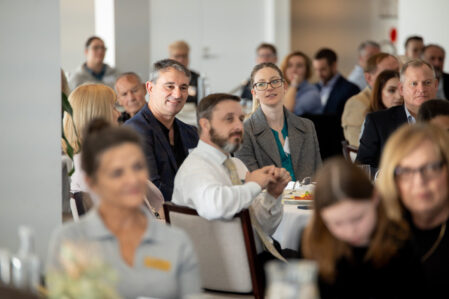 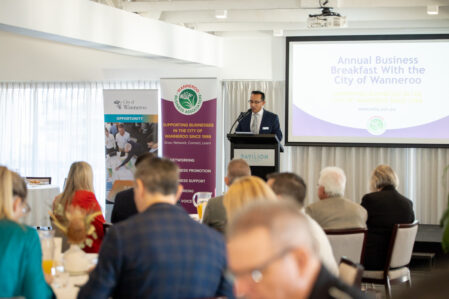 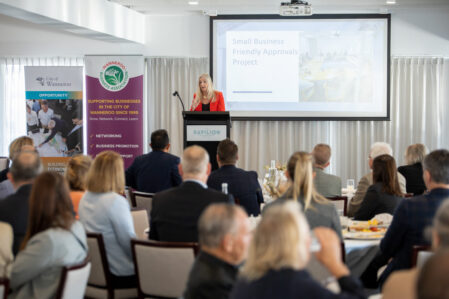 Instrumental in the development of the Matilda Bay Breweries brand before co-founding Dome Coffee Australia Pty Ltd in 1990 and transforming it into the most significant consumer brand to emerge from Australia in over two decades, Patria is also widely recognised as one of the country’s most visionary marketers.  Patria, together with her business partner Phil May, grew Dôme Coffees from a small specialist wholesale coffee roaster to a multi-million-dollar international importer, exporter, franchiser, retailer and restaurant enterprise, in less than a decade.

Patria shared her story, resonating with many Wanneroo business owners in the room, leaving them with questions to ask themselves when looking back over their life:

•What am I proud of?

•How did I keep going when things got tough?

>•What can I let go of that I’ve been holding on to? Hurts? Betrayals? Things I’ve done to others? Things done to me?

•What old story about myself will I release?

•When did I show bravery?

•What regrets do I have?

•What is better or more possible in the world only because I was here?

Read more about Wanneroo Business Assocition and City of Wanneroo:

– Renewed Partnership with the City of Wanneroo – Click here