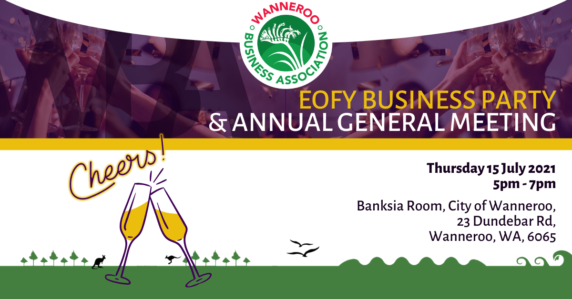 An online  ‘Meet The Board Nominees’ Pitching & Q&A Session was held on 25 June, to learn more about the people nominating for the Committee of Management before casting your vote at the AGM.  You can watch the above recording to get an insight and catch up on the session.

Covid Safe Ways To Use Your WBA Membership

Notice of Special General Meeting – Tues 22 February 2022. Over the past 22 years the Wanneroo Business Association (WBA) has evolved into what some say is the most pro...