The 2020 Annual General Meeting (AGM) will take place on 16 September at The Marina Mindarie, tickets are available here. 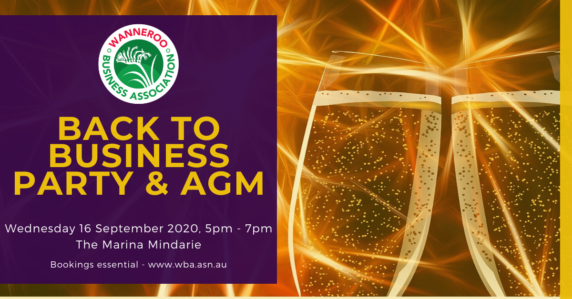 The Wanneroo Business Association Committee would like to formally thank all serving Committee of Management Members, including our outgoing President Dinesh Aggarwal, for completing a total of 10 years’ service to the WBA, also serving in the roles of Committee of Management member and Treasurer over the years.  The same thanks is also extended to our outgoing Vice President Chantell Rosenthal, who we wish all the best.

Watch the video to get to know the nominees for the WBA Committee of Management.